Our original drummer Chris Clawson unfortunately declined when he was asked to play the show. Next guy on the list was Chris Bivens. Chris played with us on the Edna’s Goldfish/Gadjits winter tour when Clawson quit the band back in 1999. Chris was also unavailable to play the reunion show, but he had a great backup plan for us. It turns out his little brother also plays the drums, actually owns our CDs and knows all of our songs. Amazing. 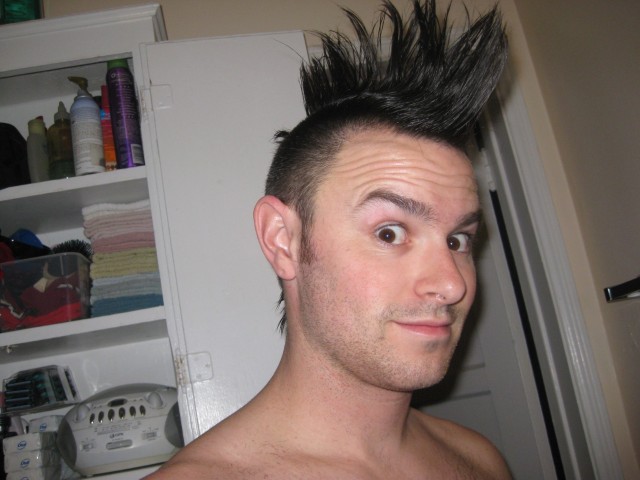 Tim Bivens will be taking on the drums for the show.

A little about Tim B
-27 Y.O.
-born & raised in Whittier CA.
-Playing drums since I was 10 years old.
-Grew up influenced by whatever my brother was listening to at the time, 2nd and 3rd wave ska and rock. (Specials, Selecter, Madness, Bad Manners, Aquabats, RBF, MSH, Slapstick, 311, MM Bosstones, Pocket Lent, 2 skinnee J’s) After High School, I got into more Psychedelic rock (Pink Floyd, The Mars Volta) but still stayed close to my Ska roots, attending hundreds of ska shows throughout the years.
-Influenced by Chad Sexton, Jon Theodore, Chad Smith, Andrew Gonzalez, and if you can believe it… Chris Clawson.
-Went to my first concert when I was 12 to see MSH, RBF, Save Ferris, and Teen Heroes. I was blown away!
-Throughout the years I attended dozens of superhero shows.. Pretty much any one i could beg my brother to take me to. Grew up a huge fan of the band and now my dream has finally come true.. Seriously! All these years of drumming and sweating my ass off, is paying off!
-I now live in uptown whittier with my girlfriend Christina.
-I have played for such local bands as: A Groove Legacy, Manic Circuit, Brass Brain, Shogo, Love and Silver Apples, and The Brodels.
-Not much to me… I play drums, Hockey, and I love to SKAteboard.

This entry was posted in Uncategorized and tagged Chris Clawson, Drummer, My Superhero. Bookmark the permalink.