Posted on March 8, 2012 by mysuperheroblog

My Superhero recorded their first album entitled “SKAteboard Music” in 1995 in the drummers home studio. 2 years later, they decided to go to a real studio and re-record the album. The album was released/distributed by Vegas Records in 1998. Vegas Records owner Jon Halperin ended up managing My Superhero in 1999. The 2nd version of this album is now on iTunes!

The story behind the album title:

Third wave SKA started to get popular in the late 90’s- many of the traditional SKA fans did not appreciate their music being hijacked by the 3rd-wavers. They would usually show up at the shows to heckle the bands playing. I’m not sure what show or when it happened- but a group of skinheads were not exactly enjoying our brand of SKA. In-between songs, one the guys yelled (and I quote) “This ain’t SKA, this is SKATEBOARD MUSIC!” Since we grew up skateboarding, we took it as a compliment and named our first album after it! 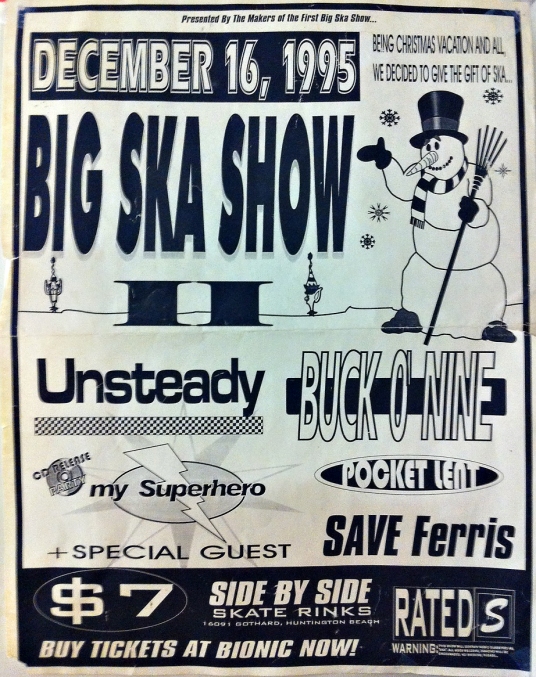 This entry was posted in Uncategorized and tagged cd release 1995, My Superhero, ska, skateboard music. Bookmark the permalink.