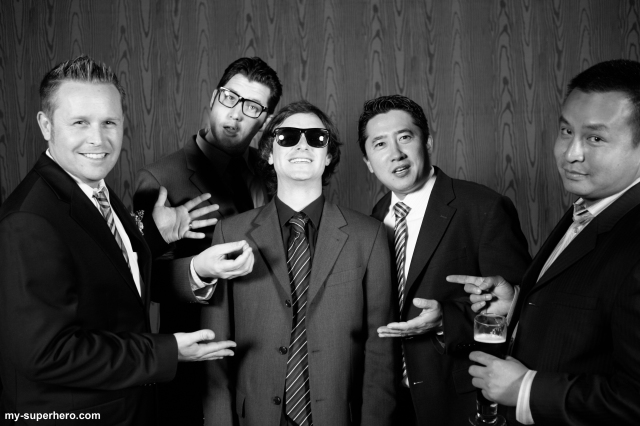 My Superhero is an American Ska Band hailing from Anaheim California, once a part of the thriving late 1990’s 3rd wave Ska scene. The Tune-smiths of Superhero were landmark leaders of the Orange County Ska Scene not only playing hundreds of shows, however, also promoting shows drawing thousands and showcasing early artists of the day including Save Ferris, Action League, and, RX Bandits. MSH played hundreds of shows between 1994 and 2002. They toured the country with bands like The Aquabats, Reel Big Fish, Cherry Poppin’ Daddies, and were part of the line up for the Warped Tour in 1999 and 2000.

The band released Four CD’s in its tenure including SKAteboard Music (1995), Solid State 14 (1997), on their DIY label- Sick Little Monkey Music. That same year, My Superhero signed a deal with indie label Risk Records and released their 3rd album- Station 1 in 1999 with producer Thom Wilson (the Offspring, Dead Kennedys, and Social Distortion). After that whirlwind of the rock and roll life- My Superhero reinvented itself and lost a few original members. They recorded their final album in 2002 titled “Send Gas” Only 1000 cds were actually pressed.

July,2011, A long time friend and world famous SKA DJ- Tazy Phillips (creator of the Ska Parade – a radio show on KUCI where My Superhero held the record for most live on-air performances) recently contacted the guys and asked if they would ever be willing to reunite for a show. A few phone calls later, it was finalized- original members Brian Gilmore, Mike Berault, Huey Huynh, and Dan Park agreed. On Sept. 17th the guys rocked the Glasshouse like they did 10 years before! What’s in store for the future for My Superhero? Only time will tell, but since the reunion show- they have received some amazing show offers. Stay tuned… 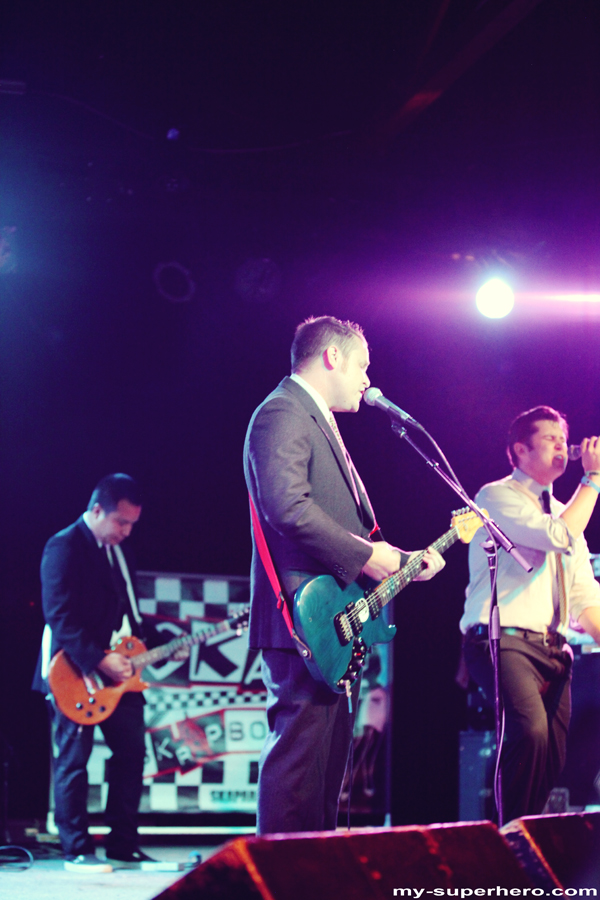 My Superhero at the Glass House Sept. 2011